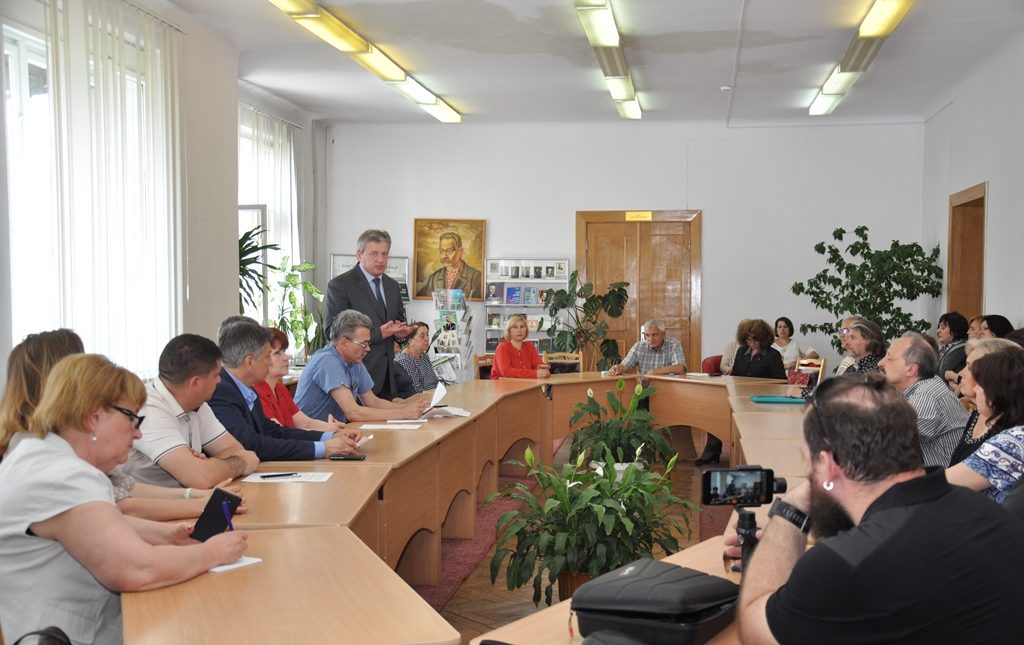 The opening of the book festival “SLOVO” was held on May 24, on the Day of Slavic Literature and Culture, in  Ivan Franko Regional Universal Scientific Library. The festival was organized by the director of the publishing house “Mediason” Vladyslav Sukennyk with the assistance of the Ivano-Frankivsk Regional State Administration, the Regional Council, the Ivano-Frankivsk City Council and the regional organization of the National Writers Union. The event was also attended by library establishments and city dwellers.

“SLOVO” book festival started its work by the thematic round table “The Level of Modern Literacy and Culture –  Causes and Consequences”. Rector of the University Ihor Tsependa, the head of the regional organization of the National Writers Union, the Associate Professor of the University Yevgeny Baran, the Head of the Information and Public Relations Department of the Ivano-Frankivsk Regional State Administration Volodymyr Dzhigita, the Head of the Department of Culture, Nationalities and Religions of the Regional State Administration Volodymyr Fedorak,  publishers and authors took part at the festival.

According to organizers, this year’s “SLOVO” festival which was held in Ivano-Frankivsk for the first time, promoted the popularization of Ukrainian books among students  and established direct communication between the author and the reader.

More information about the program can be found at the link –