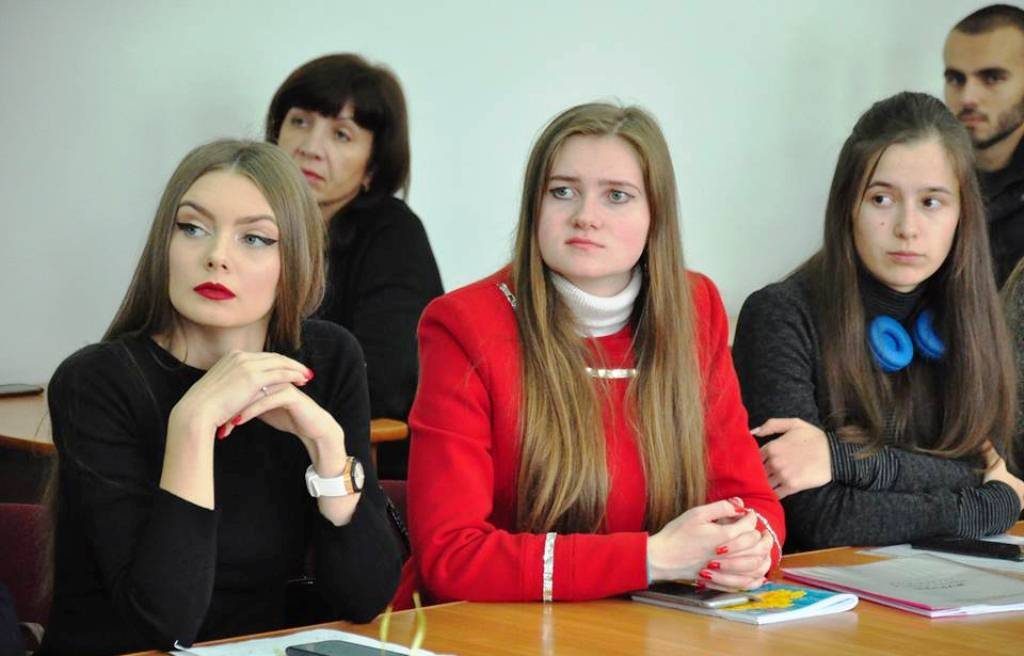 Iryna Shukalo, the future lawyer of our University, got a scholarship for the best master’s degree paper from the Fund of the Institute for Eastern-European Studies, the Republic of Poland.

The contest for the best annual defended master’s degree paper has ended in the University. The initiator of its holding was the Fund of the Institute for Eastern-European studies (Warsaw, the Republic of Poland) within the bilateral agreement about the cooperation between the Fund and Precarpathian National University.

The handing of the money certificate for getting the scholarship from the Fund has taken place today. Ihor Tsependa, Rector of the University, Professor; Yatsek Kluichkovski, Ambassador Extraordinary and Plenipotentiary of the Republic of Poland in Ukraine (2005-2010), the representative of the Fund of the Institute for Eastern-European studies; the authority of the Educational-Scientific Law Institute; Nadiia Kobetska, the Head of the Law Department of Labour, Ecology and Agriculture, Professor participated in the festive ceremony.

The board of experts considered 15 defended master’s degree papers which had been submitted by today’s graduates for getting the scholarship of the Fund.

The defended master’s degree paper of Iryna Shukalo, the graduate of the Law Institute, was recognized as the best one. The theme of the paper – “The Law regime of sanitary-protective zones”. The research supervisor – Nadiia Kobetska, Professor, Doctor of Law. We should admit that Iryna Shukalo is a post-graduate student of Precarpathian University.

“The decision of the board of experts was to single out this very paper. We support all the initiatives of Precarpathian University, namely, teachers and students who are connected with “Europe of the Carpathians”. In challenging conditions of nowadays’ it is the very time to solve various difficult problems especially in the law aspect related to the protection of environment, the Carpathian Park. We must preserve all this for future generations,” admitted Yatsek Kluichkovski, the representative of the Fund of the Institute for Eastern-European studies in his speech.

Yatsek Kluichkovski solemnly handed Iryna Shukalo 1000 USD money certificate for getting the scholarship of the Fund.

“We have chosen the problem that is actual, not investigated and hence can be essential for practice. We shall go on working at this problem. We are planning to take into account the experience of the EU countries and to suggest other ways to solve problematic questions concerning sanitary-protective zones. It is important for us from the point of view of ecological law that is actual and has no boundaries”, – said Nadiia Kobetska, the research supervisor, Doctor of Law, Professor.

She also emphasized the importance of the victory in this contest both for the staff of the Department of Labour, Ecology and Agriculture and for the students. “This success will encourage others to work harder, especially in the sphere of ecological law”, – stressed Nadiia Kobetska.

“I had been working at my research paper for 3 years. It deals with studying the law regime of sanitary-protective zones in Ukraine, defining their peculiarities and characteristic type. Nowadays the majority of people are sensitive to different negative influences on the part of enterprises, various kinds of noise and so on.  It is the sanitary-protective zones that are designed to protect a man, environment for further development of a man and the society as a whole”, – said Iryna Shukalo, the winner of the contest.

We should admit that according to the bilateral agreement about the cooperation between the Fund of the Institute for Eastern-European studies (Warsaw, the Republic of Poland) and Vasyl Stefanyk Precarpathian National University which was signed in June this year, 10 students of Precarpathian University got 100 USD money certificates for monthly scholarships during the academic year from the founder of the Fund Zihmunt Berdykhovski.