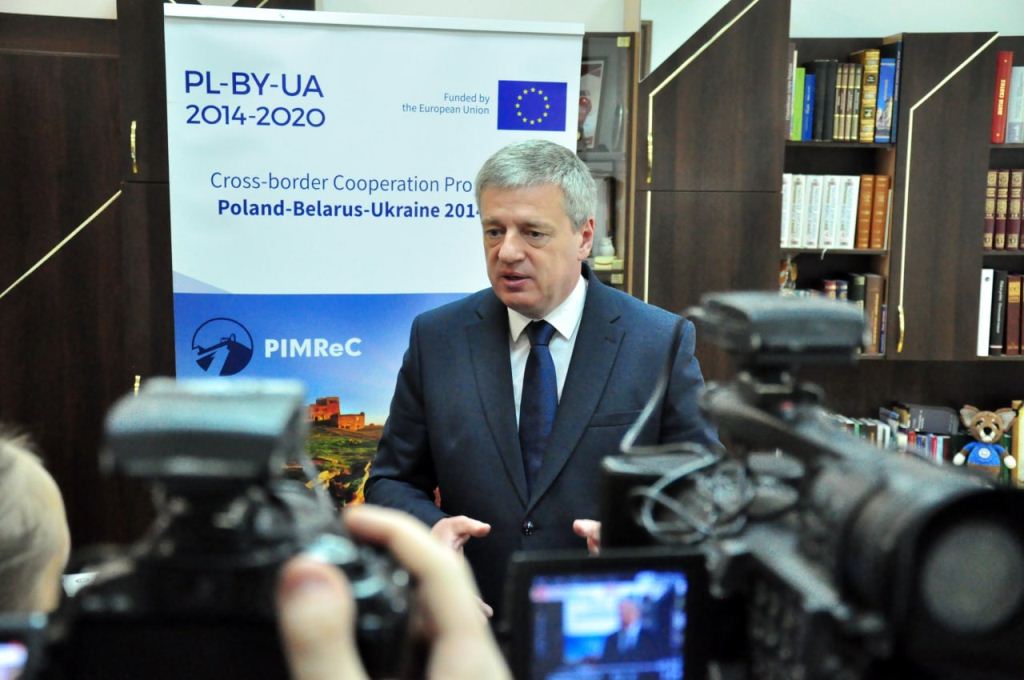 The meeting was dedicated to safe tourism in the mountains and to improving the work of rescuers in the highlands thanks to the equipment purchased under the PIMReC project and the establishment of the International Rescue Training Center.

The participants of the information online day were:

Opening the meeting, the rector of the university Igor Tsependa noted that this project has no analogues in Ukraine or in Europe.

Jan Malicki, Director of the Studies of Eastern European Studies at the University of Warsaw, began his speech with a congratulation on the University Day and the 150th anniversary of the patron of Precarpathian University, Vasyl Stefanyk. He also provided information on the partnership between the two universities, starting with the implementation of the project to rebuild the Observatory on Mount Pip Ivan in 2012.

Volodymyr Chernetskyi, Head of the State Emergency Service of Ukraine in Ivano-Frankivsk Region, said that mountain tourism had become very popular in Ukraine in recent years, and our Carpathians also attract European mountain enthusiasts, so it is important to have a professional rescue team which is based in a convenient place to provide the fastest ambulance.

Taras Brynda, the head of the fourth specialized search and rescue group of the State Emergency Service in Ivano-Frankivsk region, and Karolina Kivor, the project manager from the Mountain Voluntary Rescue Service (GOPR), spoke about the rules of safety in the mountains and new equipment.

In particular, Taras Brinda spoke about the new initiative of the Specialized Search and Rescue Unit of the State Emergency Service of Ukraine in Ivano-Frankivsk region “Security in the mountains”. So far, six main topics have been identified for meetings to be discussed with the tourism community. One of the topics that worries people and was actively discussed during the info day is the certification and accreditation of mountain guides. He noted that all those wishing to go to the mountains should know the rules of mountain tourism. He also explained what is best to do for a person who is going on a hike.

You can register so that rescuers know about your intentions to go in the mountains via google-form on the website of the State Emergency Service of Ukraine and Ivano-Frankivsk region, or on the website of the PIMReC project https://pimrec.pnu.edu.ua or on the main page of the International Scientific center “Observatory” WHITE ELEPHANT https://observatorium.pnu.edu.ua.

The online meeting ended with answers to questions.

All information about the project “Adaptation of the former observatory on Mount Pip Ivan for the needs of the mountain rescue training center” (PIMReC) can be found on the project website https://pimrec.pnu.edu.ua.