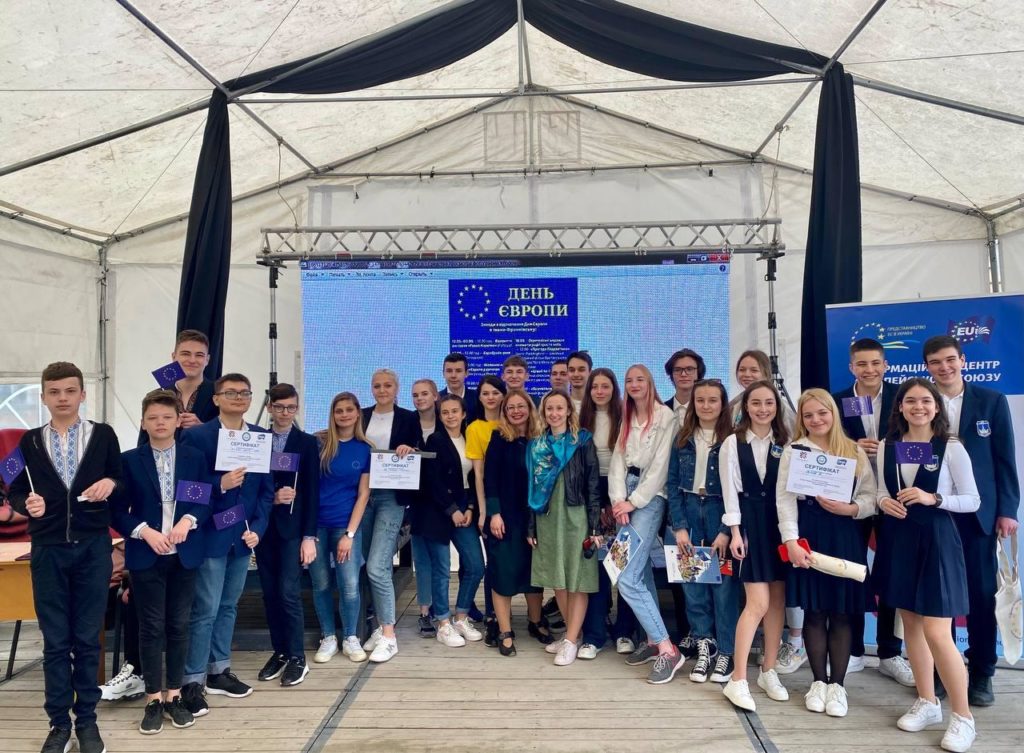 Traditionally, on the third Sunday of May, Ukraine celebrates Europe Day – a holiday that is officially introduced in our country as a symbol of unity and a common future with the European Union.

On May 14, the Euro-brain-ring was held at the Potocki Palace by the Department of International Relations, Tourism and Promotion of the Executive Committee of  Ivano-Frankivsk City Council and the EU Information Centre of  Vasyl Stefanyk Precarpathian National University.

The students from six Ivano-Frankivsk lyceums took part in the game. They were divided into teams and came up with creative names: “Club E”, “Montreal”, “Viva”, “Nobody but us”, “Euro Phoenix”, “Not the Big Five” and the national team of lyceum students “Number Seven”. There were two rounds in the game, in which students answered 10 questions on European topics.

According to Nataliia Marchuk, director of the EU Information Center, the students competed to understand the values of a united Europe. The questions were made up in such a way as to encourage students to learn about the culture and traditions of the EU countries not only through theoretical training, but also through traditions, cuisine and features of the mentality of European peoples.

The winners of the Euro brain-ring were the team of Ivan Pului lyceum. The second place was taken by the teams of Shukhevych Lyceum and Lyceum №7. The third place was shared by the teams of Lyceum №13 and Lyceum №3. The students received prizes from the EU Delegation to Ukraine and thanked the organizers of the holiday and all who came to support them.