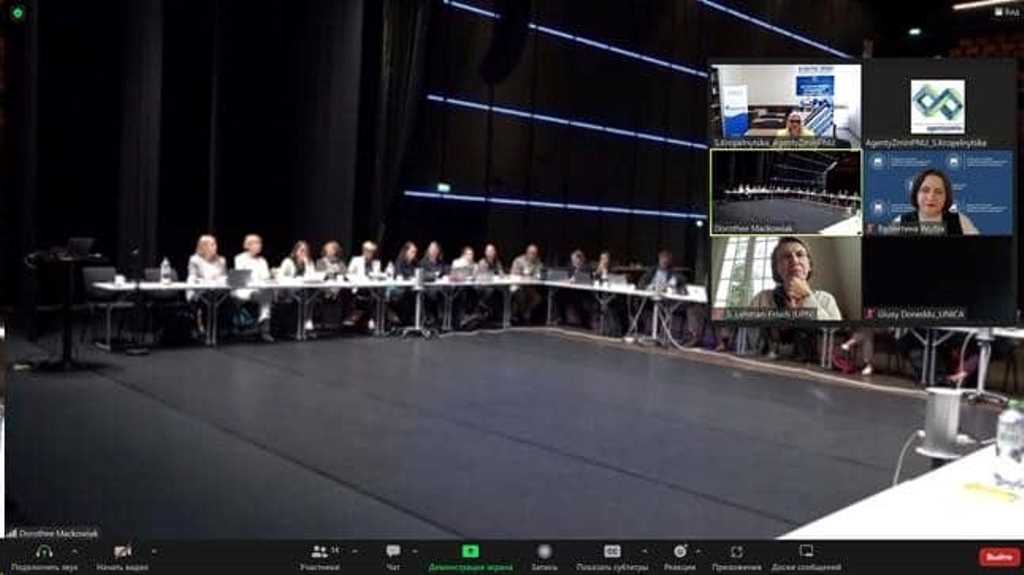 Online meetings took place the other day, which became another outstanding event for Vasyl Stefanyk Precarpathian National University in the context of establishing and expanding international cooperation.

During the meeting, the first vice-rector of PNU, professor Valentyna Yakubiv and the director of educational project center «Agents of Changes», assistant professor of the Department of Finance Svitlana Kropelnytska presented the activities of Vasyl Stefanyk Precarpathian National University in the international arena.

Valentyna Yakubiv informed the meeting participants about the international ranking positions of the university, its educational and scientific infrastructure, membership in international consortia. She paid special attention to informing the partners of the European University Alliance EDUC about the most important and large-scale projects of the university and proposed areas of activity for future cooperation.

During the meeting, the participants were also told the success story of the educational project center «Agents of Changes» of Vasyl Stefanyk Precarpathian National University and the possibility of participating in joint scientific, educational and project activities, holding international virtual smart conferences, initiated at the university jointly by the NGO “Landmarks of Sustainable Development” according to the completely updated format.

“Our project proposals primarily concern the development of tourism, creative industries, education and science, the development of project literacy and English language skills for project managers, which we plan to implement on the basis of our own manual “Management of Development Projects”, noted  Svitlana Kropelnytska.

The Chairman of the EDUC Steering Committee, the Vice-President for International Relations of the University of Potsdam, Professor Florian Schweigert and the partners of the alliance expressed their interest in establishing ties with Vasyl Stefanyk Precarpathian National University in order to establish a close partnership.