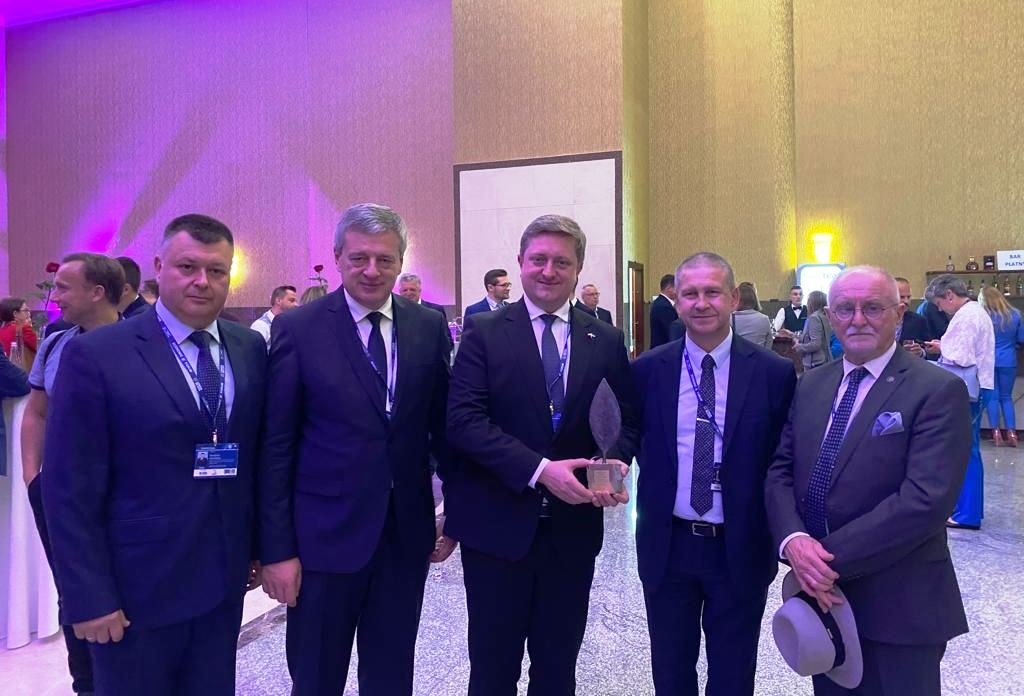 The XXXI Economic Forum of the countries of Central and Eastern Europe in Karpacz has completed its work where the Ukrainian delegation took part in. On the third day of discussions held under the slogan “Europe in the light of new challenges” the rector of Vasyl Stefanyk Pricarpathian National University took part in two key discussions – one within the framework of the conference “Europe of the Carpathians” and the second one which was entitled “Ukraine and Poland. New challenges”.

The day before, during the second day of the Economic Forum in Karpacz, Poland, special awards were presented. The main honour – the title of “Person of the Year” was awarded to President of Ukraine Volodymyr Zelenskyi.

“Mr. President, Karpacz is a small town, but the Economic Forum is a big event and has its own awards. Only one person could receive this exceptional award this year. Mr. President, you are the “Person of the Year”, noted Ryshard Terletskyi, Deputy Marshal of the Sejm of the Republic of Poland, during the award presentation.

Ambassador of Ukraine to Poland, Vasyl Zvarych, received the award on behalf of the President.

During the panels with the participation of Vasyl Stefanyk Pricarpathian National University rector Ihor Tsependa, the challenges facing Ukraine and Poland today in the conditions of Russian aggression were discussed. In the framework of the first discussion, together with Jan Malicki, the director of The Centre for East European Studies of the University of Warsaw, and Volodymyr Chernetskyi, the head of The State Emergency Service of Ukraine in Ivano-Frankivsk region, they talked about the cooperation of the universities that are parts of the Collegium Carpathicum with the rescue services of Ukraine and Poland, which today ensure the safety of tourist traffic in the Carpathians.

Separately, the partners discussed the issue of using metrological studies for the State Emergency Service in order to warn tourists about weather changes. The second discussion “Ukraine and Poland. New Challenges” was moderated by a well-known Polish publicist specializing in the history of Ukraine in the 20th century and Ukrainian-Polish relations, with the participation of rector Ihor Tsependa, Bohumila Berdykhovska, the head of scholarship programs of the National Center of Culture in Warsaw, Krzysztof Bielecki, the first Prime Minister of Poland, and Anatoliy Drabovsky, the People’s Deputy of Ukraine, discussed migration problems, the formation of a platform for joint Ukrainian-Polish enterprises in various sectors of the economy, and others.