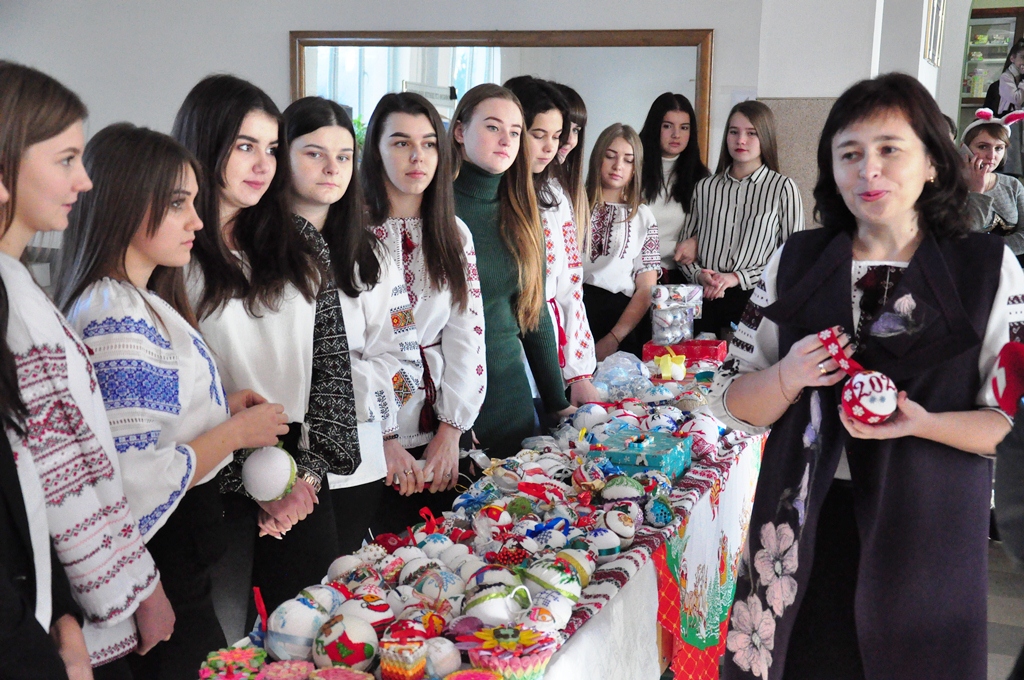 At the charitable fair students of Ivano-Frankivsk college of the Precarpathian National University of the specialization “Primary Education” exhibited their self-made works which they had made at their lessons named “Methodology of hand-made works with practicum”.

Among the hand-made works there were pet toys made of threads, boxes made in quilling techniques, embroidered Christmas tree decorations. Students of the Pedagogical faculty presented sweets: tarts, cakes, etc.

The sum of money which was gathered at the charitable fair ( 11000 hrn) the organizers of the event will transfer for the medical treatment of a 14-year old girl from Stefanivka village in Kalush region.

“Nowadays charity is being transformed into a life style, which enables to feel yourself a Human, it gives us the opportunity to look at the world in the positive and kind light. Let every our day fill with good actions. We are the creators of good events in the world”, said the organizer of the charitable event Oksana Tsiuniak.