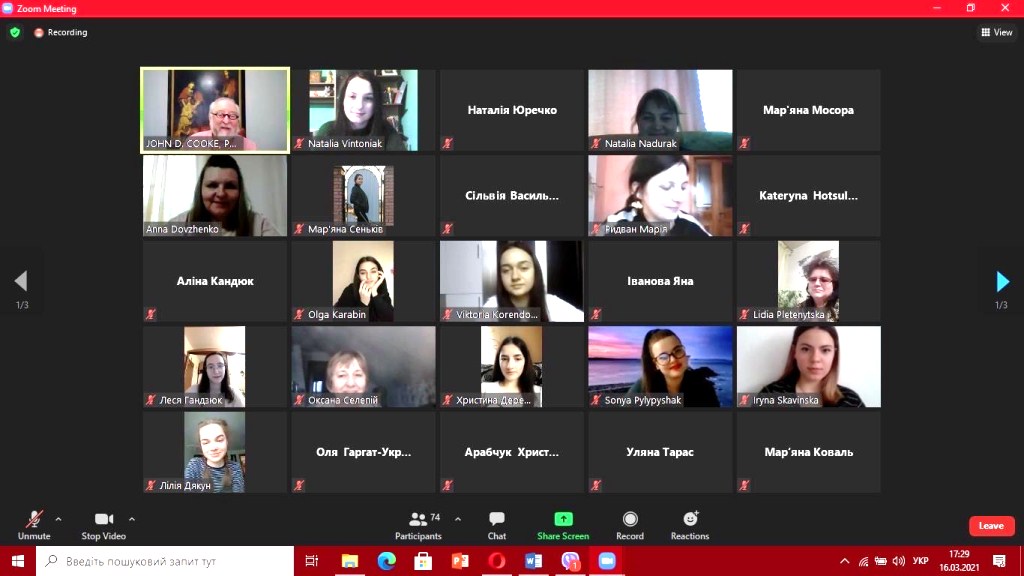 Among the subject areas were “Leadership”, “Conflict Management”, and “Character”. During the online workshops students-would-be teachers had a chance to study up conflict management strategies, applicable while communicating with colleagues, pupils, parents, etc. On completion of the workshops all participants were granted certificates.

For the last six years Ivano-Frankivsk vocational college of Vasyl Stefanyk Precarpathian National University has been working in close cooperation with the Institute on Character Study “Character International, Inc” and organizing a number of workshops and training sessions for would-be teachers.